After intensive preparation through Andy, DJ7IK, supported by Mustapha, DL1BDF, we finally flew to Libya on Wednesday, November 15, 2006. The participants of the 5A7A-Expedition met in the early morning in Frankfurt / Main to check in. Everyone had restricted his own luggage to 10 kg. In this manner, we could be credited with the 1.1 tons of radio equipment. After the arrival in Tripoli, it was necessary first to wait. Mustapha, DL1BDF, born in Tunisia and a former Lufthansa pilot, took on the negotiations with the entry-authorities in Arabic. Haytem, 5A1HA, who had picked us up directly at the airplane, stood with him on the side. Two hours later, however, it was done. After scanning of our luggage and without opening any piece of luggage, our group could leave the airport. However, a rented little truck was not large enough for our luggage, so we had to put the rest into the bus. Then we departed the airport to drive 15 miles to Janzour. The vacation-center Janzour, directly at the Mediterranean Sea, proved ideal for our purposes. In the centrally situated main building, an unused restaurant on the first floor was reserved for us. We were also allowed to use two further row-bungalows 200 and 300 meters away. We called the buildings „site 1” (main buildings), „site 2” and „site 3” (bungalows). The distance to the water was approximately 50 meters at all buildings used by us. One simply calls something similar an ideal DX-QTH!

The next morning began like at every activity of this type: antenna-construction. On the main building, two Spiderbeams were erected; at the beach, two Four-Squares, one for 40 and one for 80 meters. Also, wire antennas were erected. The roof of the site-2 bungalow got another Spiderbeam for 20 -10 meters and the place in front of the house sported a Butternut and a 20 meter high vertical for the 80 meters. Some distance away from it, a 20/30/40m Spiderbeam was positioned. The roof of the site-3-bungalow turned into the home of the Yagis for 6 and 2 meters for the 14 days. A Titanex vertical for 160 meters and the Pennant receiving antennas were set up in front of this house directly at the beach.

Because of the great accommodations and the restaurant in the main building, we could set up 4 complete stations here, with no interference caused by running SSB. These stations were each equipped with IC-746 Pro transceivers and Acom 1000 amplifiers. Each station was operated both on CW and SSB. Mitch, VE6OH, called it as „The-Pile-Up-Eaters.“ Site 2 also got two IC746 Pro transceivers with Acom 1000 amplifiers. For the CQ-WW-DX-CW Contest, these became the search and pounce stations. On site 3, the 160 meter station and the 6 and 2 meter stations were installed. Site 1 was the center of the expedition as well as switch and communication headquarters. Manfred, DK1BT, arranged the W-LAN Access-Point together with Mitch here. All work and bandplans were displayed here; visitors were received here, and were taken around afterwards. Mustapha, DL1BDF, gave training for the 5A1A-members here and, most important, beverages and food were always available for the operators, in form of fruit and pastries. With the first QSOs, enormous pileups developed on all bands. Predominantly Europe, located in our front door, assailed on us with power and extremely strong signals. But also Americans and Japanese called us during the band openings in similar quantity and intensity. We seriously participated in the CQ-WW-Contest. With many contacts and a high point-average, we could submit a good result. Our goal for the dxpedition was 50,000 QSOs, but we more than doubled that with 112.000 contacts in the log. On November 29, the stations were dismantled and all materials packed in order to fly back to Germany the next day. Before our departure from Frankfurt / Main, all participants agreed: We will definitely make another big DX-Pedition!
Thanks to all our sponsors and the hospitality of the ASSAKER club in Tripoli and the Libyan people!
Look for more information at our homepage http://5a7a.gmxhome.de 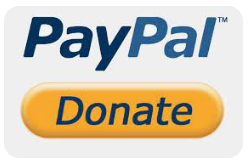